Kodachrome: The One & Only 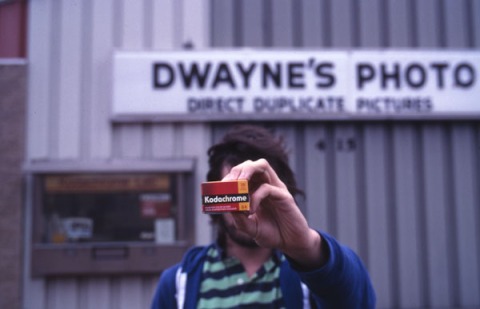 Back in 2010, I was given one roll of Kodachrome from my Dad when I was visiting over the holidays. He informed me that I had less than a week to shoot it and get it to Dwayne’s Photo. As many of you might know, Kodachrome is no longer being made and/or processed and Dec. 30th, 2010 was the deadline to get your film turned in to have it developed. For a film lover, I was excited to have the chance to shoot it. To this day, I still kick myself for not shooting more of it while it was around.

Anyhow, my visit ended and I returned home Monday night (Dec. 27th). The next morning, I loaded the roll of Kodachrome in my M2 and knocked off a couple of frames. Unfortunately, it was a dreary day in Dallas and the forecast was calling for rain the rest of the day. Kodachrome’s film speed was pretty slow and this particular roll was ASA 64; not ideal for the day ahead. When I had returned home I thought the deadline was noon on December 31st. When I went to visit Dwayne’s website and figured out the deadline was noon on Thursday the 30th I started to panic. Whoops! I quickly looked up shipping options to get it there by noon on Thursday. The cost was about $35..

Hmmmm .. why not just drive up there, shoot the film on the way and document one of the final days at Dwayne’s? I started making some calls and ended up finding a travel buddy with my friend Mike Hawkins. He is a phenomenal shooter and one of the few photographers in Dallas that I enjoy hanging out with. We agreed to leave at 8am the following morning. 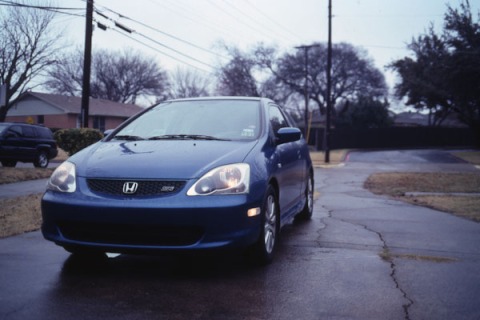 The chariot if you will …

Mike cruised over in the AM and we quickly packed up his car. It was an ugly overcast morning and I prayed that the clouds would lift in Oklahoma and we would at least have somewhat decent light to work with. 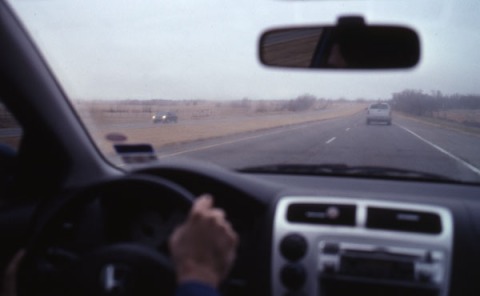 We started cruising up 75 and thought about what we might encounter on the way. The consensus; not much haha. There were a handful of things I thought were worth photographing … 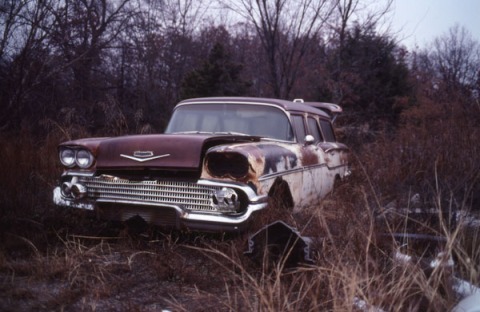 The coolest thing encountered in Oklahoma was a McDonald’s built over the highway in Vinita. It was formerly the world’s largest McDonald’s but now I believe it ranks #3. 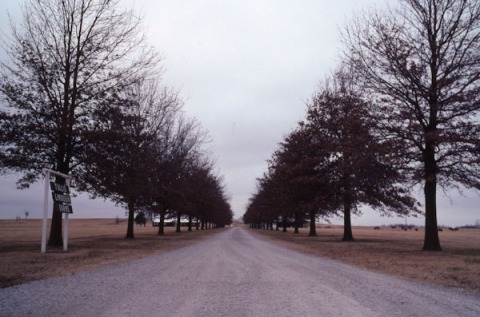 We crossed into Kansas and chuckled at the insignificance of the sign. Mike mentioned that whenever he’s entered back into Texas from another state there’s typically a GIANT sign that exemplifies Texas in all its glory.

By this time, only a handful of frames had been burned on the roll of film. As we were nearing Parsons, I realized we had some work ahead of us. If there was going to be anything worthwhile on this roll we had to find something in town and around the area. Parsons is pretty plain. Set in the southern part of Kansas, I imagine that what we saw here could be encountered around most of middle America in its many small towns.

Mike and I drove straight to Dwayne’s Photo and I gawked at the size of the building and its operation. I had read online that they employ about 100 people. Parsons has a population of about 12,000.  Walked indoors and initially we weren’t too impressed. I hear the ringing of phones and noticed about 5 people answering phones in a front office crammed with envelopes. Most of the phones calls we heard were “No. It’s been posted for over a year. The deadline to get your Kodachrome in is noon on Thursday the 30th not Friday the 31st.” I’m glad we decided to drive up and drop off this roll. We told one of the employees that we’re going to knock off some frames around town and we’d be back before they closed at 5. 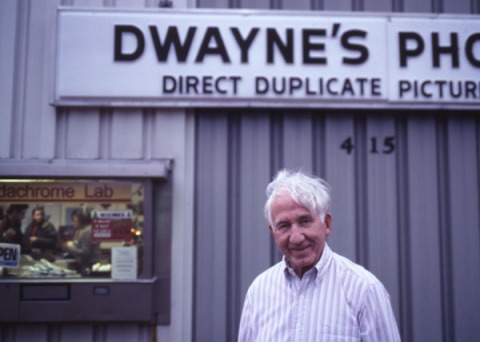 I knocked off a frame of the drive thru window (what film lab has this anymore??) and we went back into town. 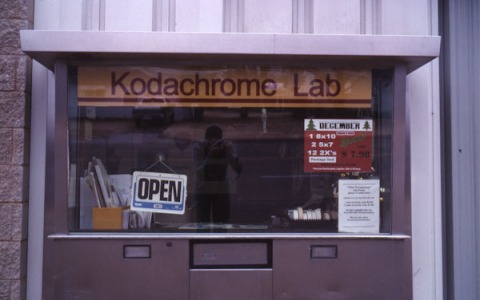 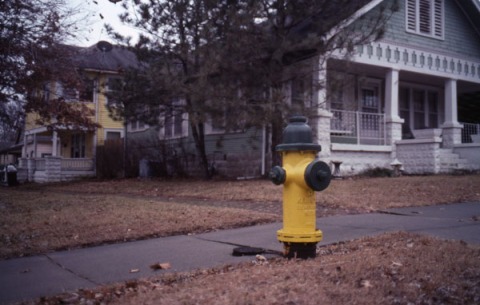 We were greeted by a friendly waitress that looked happy to have customers. The country-fried steak was calling both of our names. The food was decent . . .

We went to the front to pay and I snagged an image of our waitress.

We cruised around town and stopped a few more places (which included a park to throw 2 holes of disc golf I might add) and then made our way back to Dwayne’s Photo lab.

Got back to Dwayne’s and asked one of the ladies up front if there was any way we could go in the back and photograph the lab. “Of course! The VP of Operations, Grant (Dwayne’s son) is giving a tour right now. As soon as he’s done you can go check it out.” I looked out the window and noticed three guys walking around the front snagging images on film cameras. I thought to myself “Well .. we’re not the only crazy ones that made this trip.” They walked indoors and we quickly find out that they’ve come from Connecticut and have been shooting Kodachrome the whole way. They all had film cameras made about 30 years ago (Canon and Nikon SLR’s) and were happy to have made it to Dwayne’s. Mike and I were escorted back and I was a little shocked at how many envelopes I saw in the first room around the corner. That was only the beginning … 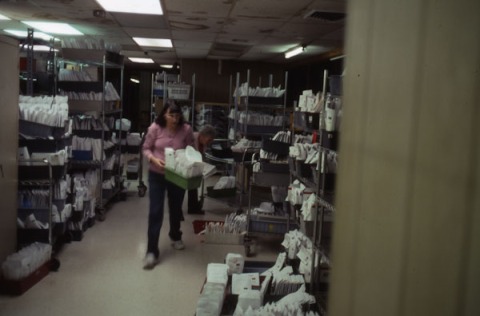 The place was nuts! Thousands and thousands of rolls that had been rushed in to get developed …

We saw a tub of empty canisters (something I had thought about potentially seeing when we were cruising up) and immediately snagged some frames.

Mike was about to take an image and his ‘Blad locked up on him.

Oh boy … he was not too happy. I passed him my D700. He thanked me but did not look too pleased. If you’ve driven 6 hours and LOVE shooting film on a Hassie, the last thing you want to do is shoot a digital camera at the last lab that is processing this iconic film. It’s the principle of it! He quickly searched the Internet on his iPhone to find a quick fix for the lock-up. Meanwhile, we made our way back up to the front and were greeted by a group of people that had made their way from Belgium! They had come all of this way to film a documentary (shot on 8mm Kodachrome) about the last days of Kodachrome.

Mike found a quick-fix online and we were escorted back in the warehouse to the workshop to get a small flathead so the ‘blad could be unlocked (I believe the mirror locked up for some reason if I recall correctly). After the Hassie was fixed we were then escorted back to the developing room. *jaw dropped* I would have NEVER in my life thought that this machine would have been so big. 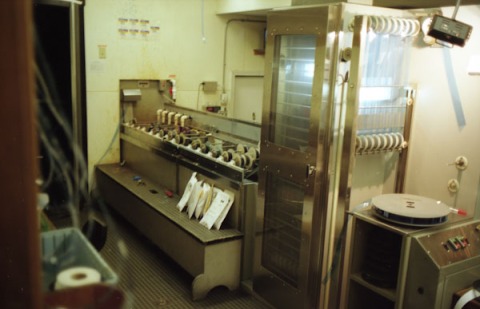 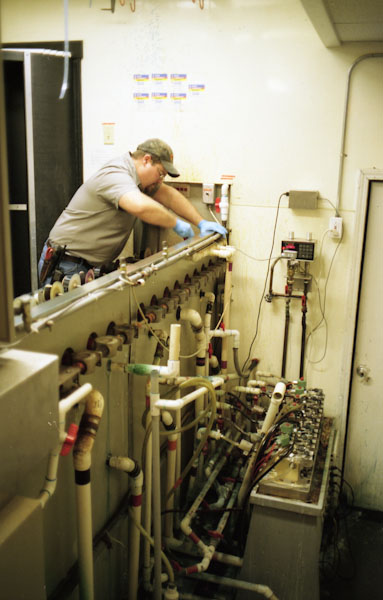 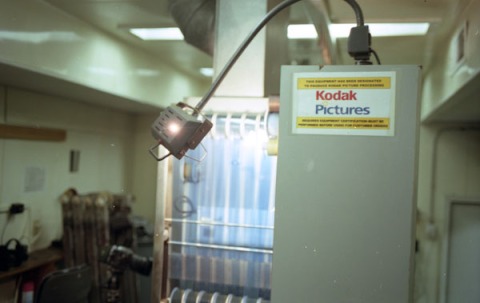 For the next two hours we spent our time walking through Dwayne’s snapping off frames to document the end of Kodachrome’s era. 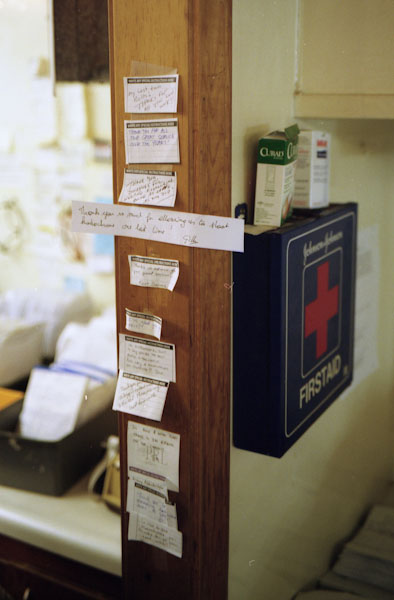 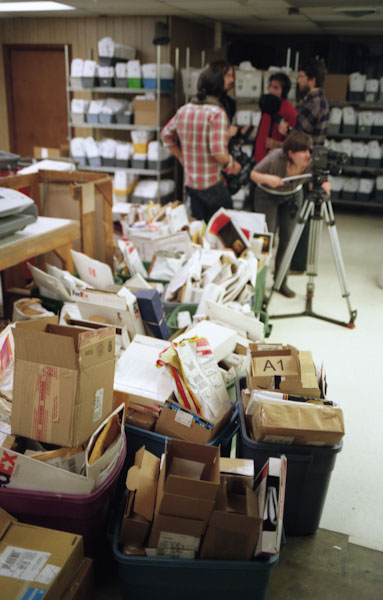 Seeing and experiencing this was a journey I will never forget. I’ve always enjoyed looking at images shot on Kodachrome. So many iconic images have been captured through this particular medium. From iconic National Geographic images, to the thousands of Kodachrome slides that my great-grandmother shot in the 50’s, 60’s and 70’s. There’s simply nothing like it and it will never be replicated through a digital medium.

With that said, the variety of film that’s out there won’t be around forever so do yourself a favor and SHOOT IT BEFORE IT’S GONE.

Hawkins & I at Dwayne’s Photo in Parsons, Kansas

§ 8 Responses to Kodachrome: The One & Only

You are currently reading Kodachrome: The One & Only at Justin Goode.